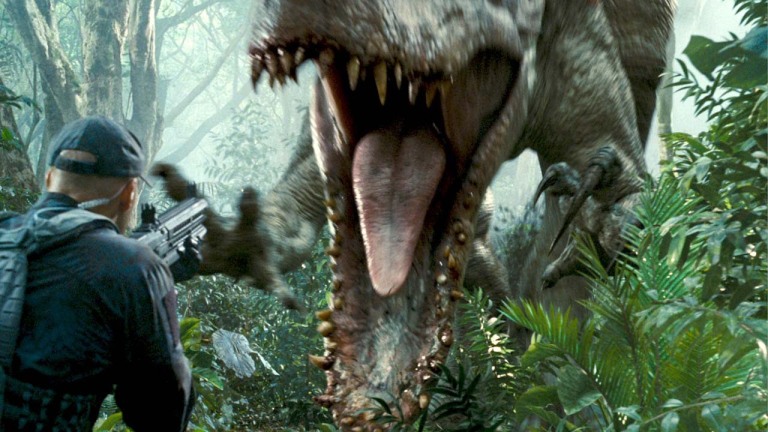 With all the mayhem and death that was going on in this film, they failed to show any on-screen kids getting eaten or hurt by dinosaurs. They showed plenty of adults getting eaten alive, though. The best they could show on-screen was the aftermath of kids with scratches getting treated. I suppose this can’t be helped. Our world has extremely weird taboos and standards. Being that violence and murder is fine but when it comes to anything sexual with nudity, then it’s too much for television/movies.

Another thing that I found amusing was Hoskins, head of InGen security, trying to persuade people to use the dinosaurs for military use. None of his arguments brought up our current use of canines overseas and how this would just be the evolution of military uses of animals. I guess that would be too real for audience and would make them feel guilty. People would like to forget that that there are actual animals dying in wars who are trained to sniff out IEDs. They had to paint this guy as a bad guy, so you can’t really blame them.

In the end, this movie was a good popcorn movie. If you are looking for a fun movie to watch, you won’t be disappointed.